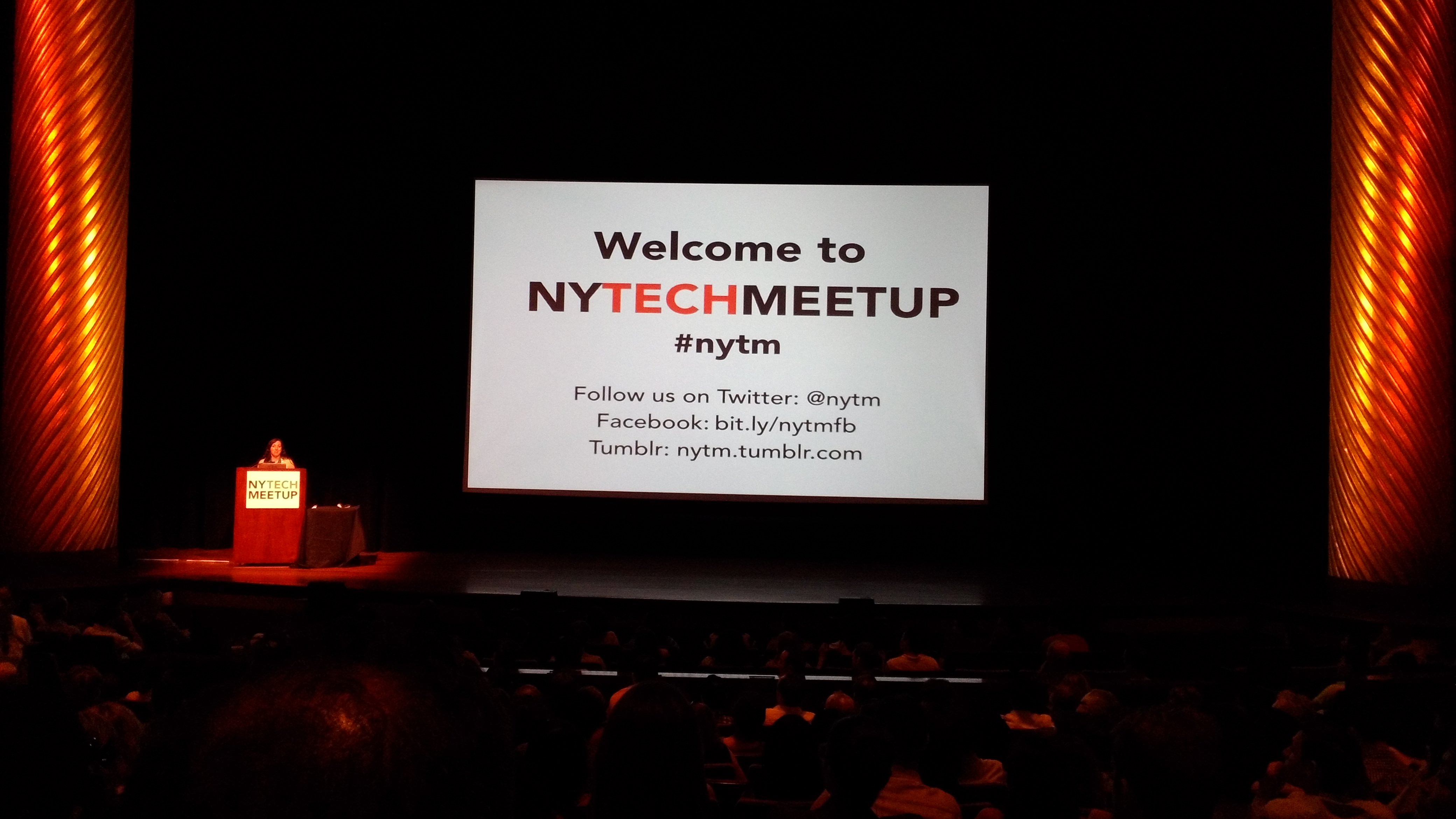 The other day, I attended July’s New York Tech Meetup (NYTM). The meetup was split into several segments: two groups of three startups doing a short 3-minute demo of their products followed by Q&A, a “Hack of the Month” showcase, and finally three longer format demos. In this post, I talk about the startups that demoed their products in the first segment.

Blippar wowed the crowd in the first segment with their demonstration of an iOS-based augmented reality app for consumer products. As with most augmented reality products, the app first scans a real-life object using the device’s camera, then overlays computer-generated images on the screen in order to alter the real world as seen through the device. The presenter used an iPad to show the app rendering a 3D recipe book on the back of a ketchup bottle and also demoed trying out different colors of nail polish on a picture of her fingers as well. With the increasing pervasiveness of powerful mobile devices like the iPad, this could become an effective channel for brands to engage their customers. I believe their greatest challenge lies in increasing awareness about the technology and encouraging adoption amongst consumers.

How do consumers know which products to scan with Blippar?
We currently rely on product labeling, but hopefully soon you will be able to scan anything and everything.
Do you have any OSS technology?
Our codebase is proprietary, but we provide the Blip Builder for third-party developers to use.

Vosmap demoed their 3D virtual tour/interior mapping technology. They have partnered with Google to provide a Google Street View experience (officially known as Google Maps Business View) for retail outlets like restaurants, auto dealerships, and department stores. Vosmap does the actual work of taking panoramic photos, stitching them together, and then providing the media to Google.

How often do you update the photos?
It is up to the businesses to decide. Auto dealers, for example, tend to update more frequently to ensure they have photos of the latest models in the lot online.
How do you take the images?
DSLRs mounted on tripods.

Knozen demoed a co-worker personality rating app for iOS intended to be used in the workplace. Employees are presented with two of their colleagues to compare and a question such as “Who is more analytical?”. Employees can rate their colleagues on a variety of different scales and can see their own personal ratings based on their colleagues’ opinions.

Are the questions and personality analyses from this app based on any research?
We base our analyses on the work of Carl Jung and others.